“Alexandru and Aristia Aman” Foundation is the successor, in fact and in law, of the homonymous Foundation opened in 1908, as a result of Aman familly wills. Alexandru and Aristia Aman, the owners of the premises where foundation work, donated all their material and spiritual goods to the municipality, in order to establish a public cultural institution. Comprised of three sections: library, art gallery and museum, the organization has operated continuously for over 40 years, being disbanded during the communist regime.

In 2014, more than 60 years after the dissolution, the foundation was revived in earnest desire to promote the values and principles that have guided Alexandru and Aristia Aman. Thus, the charitable and philanthropic acts, scientific and cultural events for the general public, as well as publishing national and international works are just some of the foundation goals.

Being an organization established for the purpose of initiating, promoting and supporting cultural, educational, didactical and philanthropic projects and programs, directly aimed at the citizens’ interests and, thus, promoting civic values and the need to defend human rights, the “Alexandru and Aristia Aman” Foundation is actively involved in organizing and conducting social activities and human-charity, it militates for strengthening harmony and good coexistence between different ethnic and social groups and supports the promotion of the  historical and touristic sights in Dolj County.

Between 2014-2015, the Foundation has contributed to equipping and renovating several libraries in the rural areas, organizing two international conferences, in partnership with the “Alexandru and Aristia Aman” County Library.

In the following period, the Foundation will be involved in organizing socio-cultural trainings and granting scholarships to young people who are distinguished by excellent performance in different areas, such as music, painting, sculpture, history, European values and civil ethics.

J.H.C.S.S. (Journal of Humanities, Culture and Social Sciences) is a bi-annually journal published by the “Alexandru and Aristia Aman Foundation”. 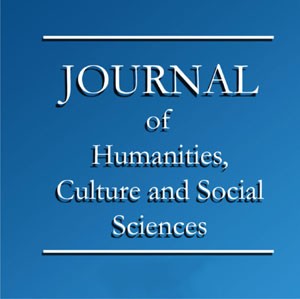